I’m going to be completely honest here; I’m not the biggest fan of cherries.

It’s not that I have anything against them, they’re just not really my steeze. But this blog is supposed to be a challenge, and that means transforming whatever is in season, whether I like it or not, into something unique and delicious.

Doing research for cherry flavor profiles ended up giving us the key for what we would do with them. While cherries aren’t toward the top of my list, there are a multitude of flavors that I do love that have an affinity for them: chocolate, nuts, coffee, dried fruit or chiles, vanilla, and other spices like cinnamon to name a few. I had trouble picking a direction until I realized that I didn’t have to, after browsing through a Mark Miller cookbook. There’s already something out there that uses most of these things and that I was certain would welcome the presence of cherries: mole.

Sometimes containing upwards of 60 ingredients and often demanding an entire day to make, mole is definitely an undertaking. While all the work is certainly worth it, sometimes I’m just not up to it. Sometimes I just feel like being lazy while something braises in the oven for hours while I troll my way through an RPG or a good book. I’ve made so many damn lazy moles in my day, and while they aren’t as complex as they could be, I still find that they hit the spot; plus they’re really fun to make and easy to experiment with. Never under-estimate the amount of joy I can derive from dumping a bunch of shit in a food processor, blending it together, and seeing what happens. I certainly had a lot of fun fooling around with this recipe.

Rehydrate the chiles by submerging them in water and microwaving for 2–3 minutes. They should be soft and have changed in color, becoming more red. Remove from the water and set aside. Discard the water. 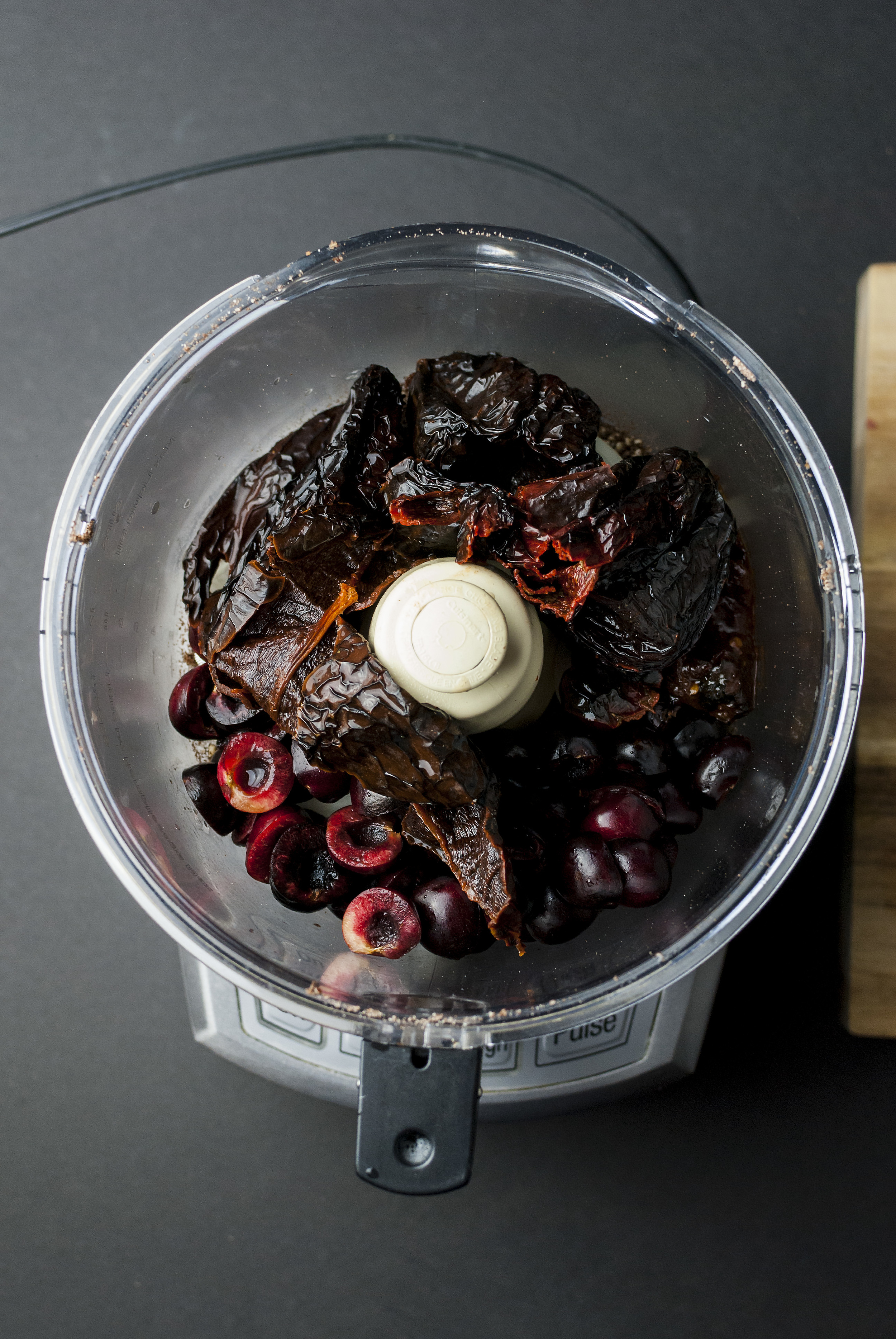 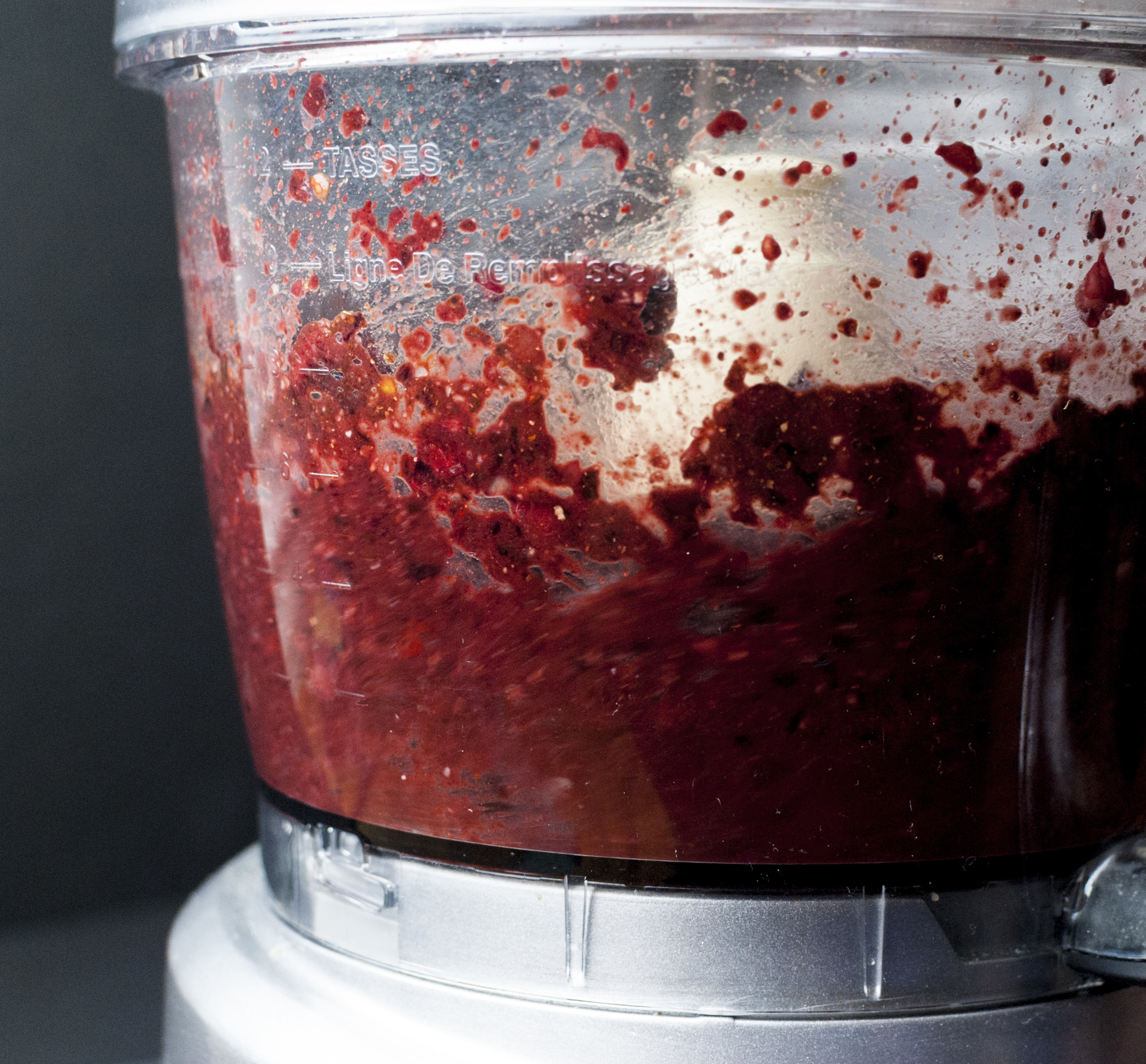 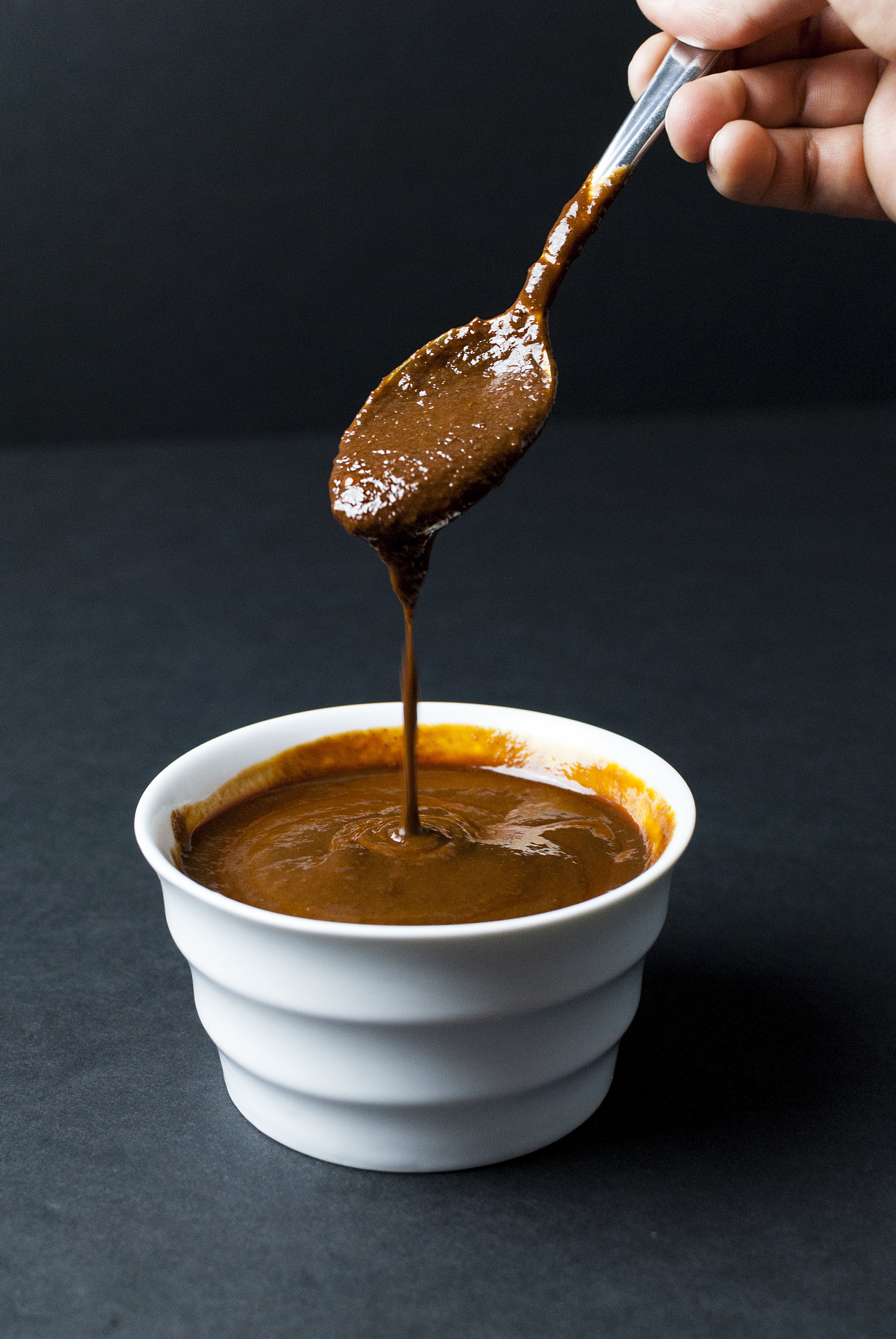 In a food processor, combine all of the ingredients for the mole except for the coffee and the vinegar. Pulse repeatedly, scraping the sides until the mixture is as smooth as you can get it. Combine the coffee and vinegar together and pour through the top of the food processor while the blade is running. The mole should loosen up and blend until completely smooth. The quick mole is ready to use, but can be stored in an airtight container for up to a week before using.

In a casserole dish (or dutch oven), pour in the mole and place the pieces of pork on top. If using a dutch oven, simply place all the pork inside and give it a quick stir. Cover in aluminum foil or lid and braise for about 3 hours or until the meat becomes tender and falls apart. After braising, remove the meat from the mole, allowing it to rest and be shredded later. Remove the excess fat and, if you like, use an immersion blender to make sure the mole has a really smooth texture.

Shred the meat with forks and serve after cooling with sauce on the side. Accompaniments can include corn tortillas, rice and beans, or just eat it out of the pan over the stove.