Make Your Own Damn Tahini

One time I went to the store to buy tahini and discovered that, to purchase merely a cup of the stuff, it would cost me $11.

I bought it, but good God I was mad about it. When I went to use it, I discovered that not only was it exorbitantly expensive, it was also annoyingly bitter. But I was desperate, so I used it, and it ruined what I was making.

I flew into a rage.

I swore an oath.

And then I went to an Asian grocery store.

Did you know that you can buy a 4 lb bag of sesame seeds around the size of your torso for $11?

Wanna know how much tahini that can make?

Wayyyyyy more than a cup.

Make your own damn tahini, kids. This recipe is easy, and although it does take a little bit of time, the results are totally worth it. It yields a ton of the blonde and buttery paste which can be used in so many recipes. After making this, you won’t need to make any more for months, and its shelf life is weirdly long. Seriously, it, like, never goes bad (if you refrigerate it, at least!).

Note: You need a food processor for this one, guys; there’s no way around it.

There’s really only one step for this: dump the sesame seeds into a food processor and let it run, baby.

Read a book. Play a few rounds of Smash Bros. Turn on an episode of Bob’s Burgers. I don’t know what you guys do; just buckle up cause it’s gonna be a bit. 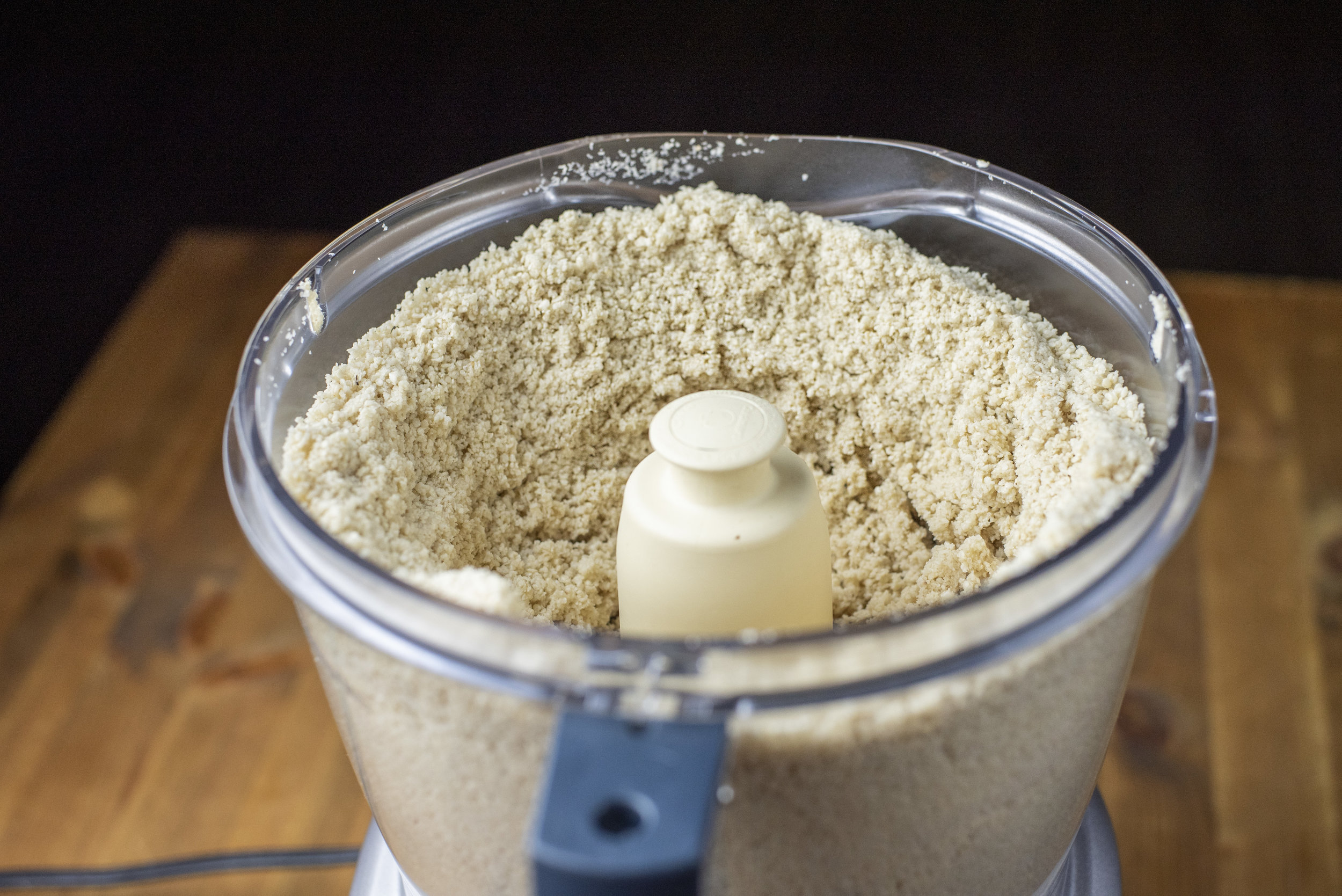 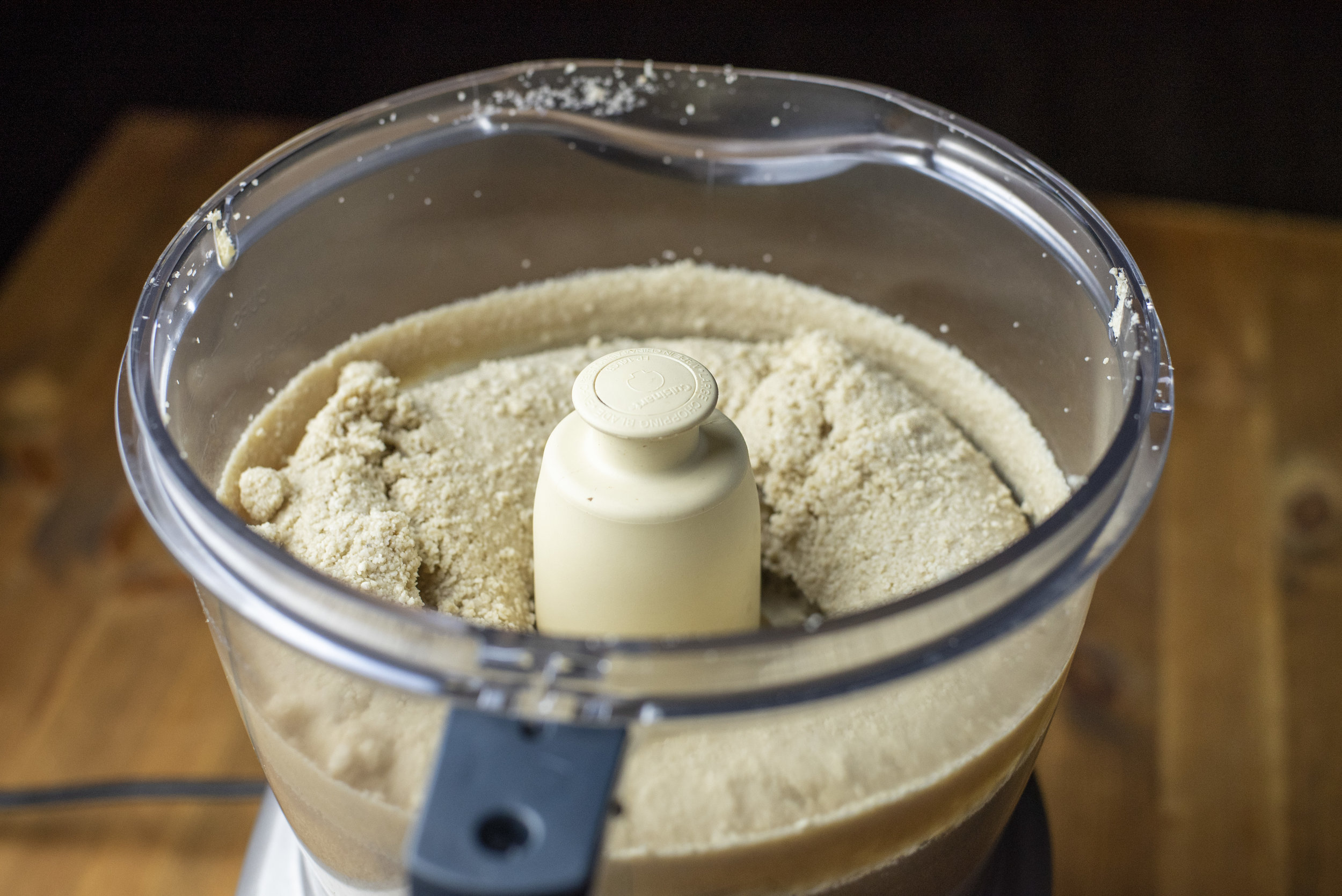 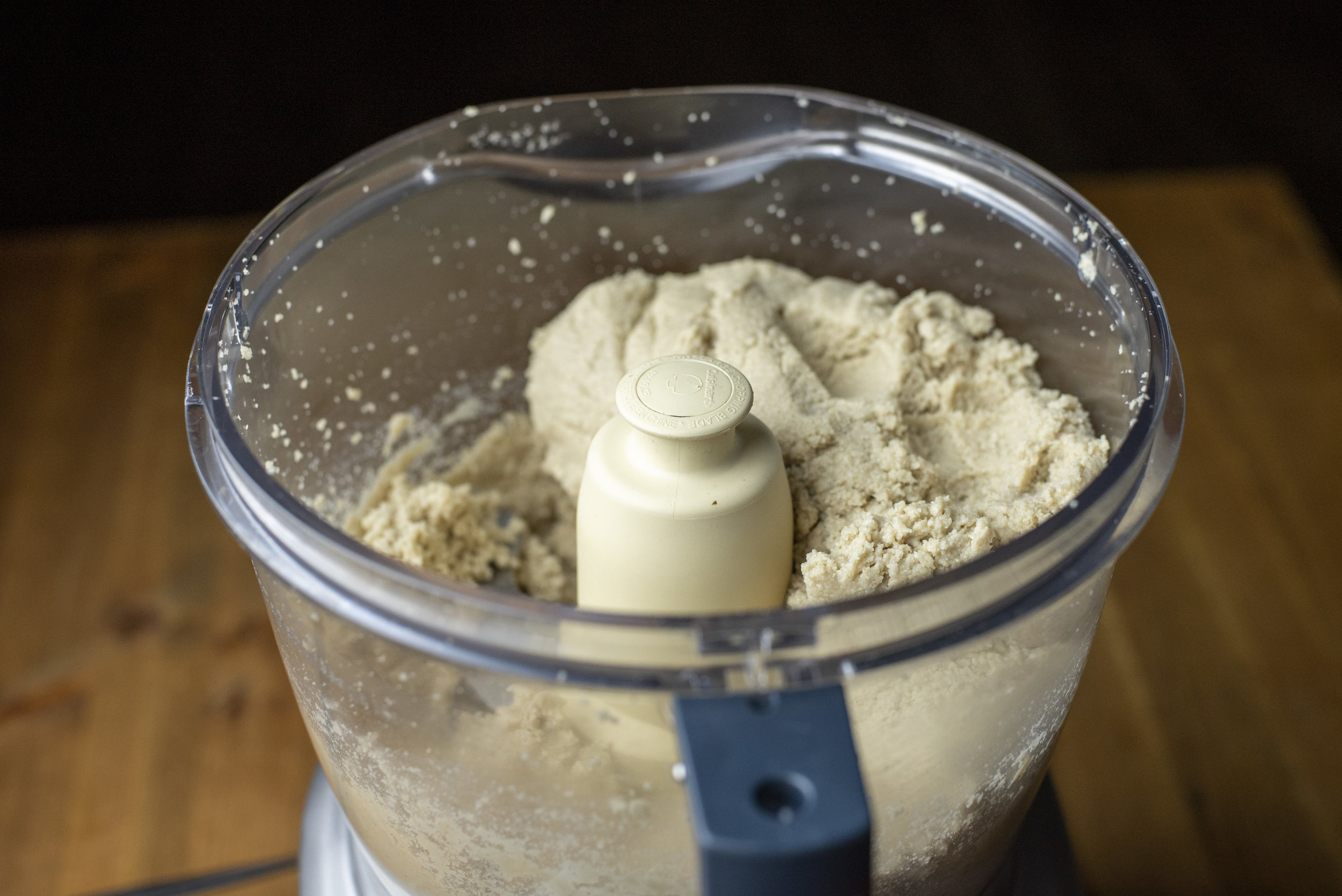 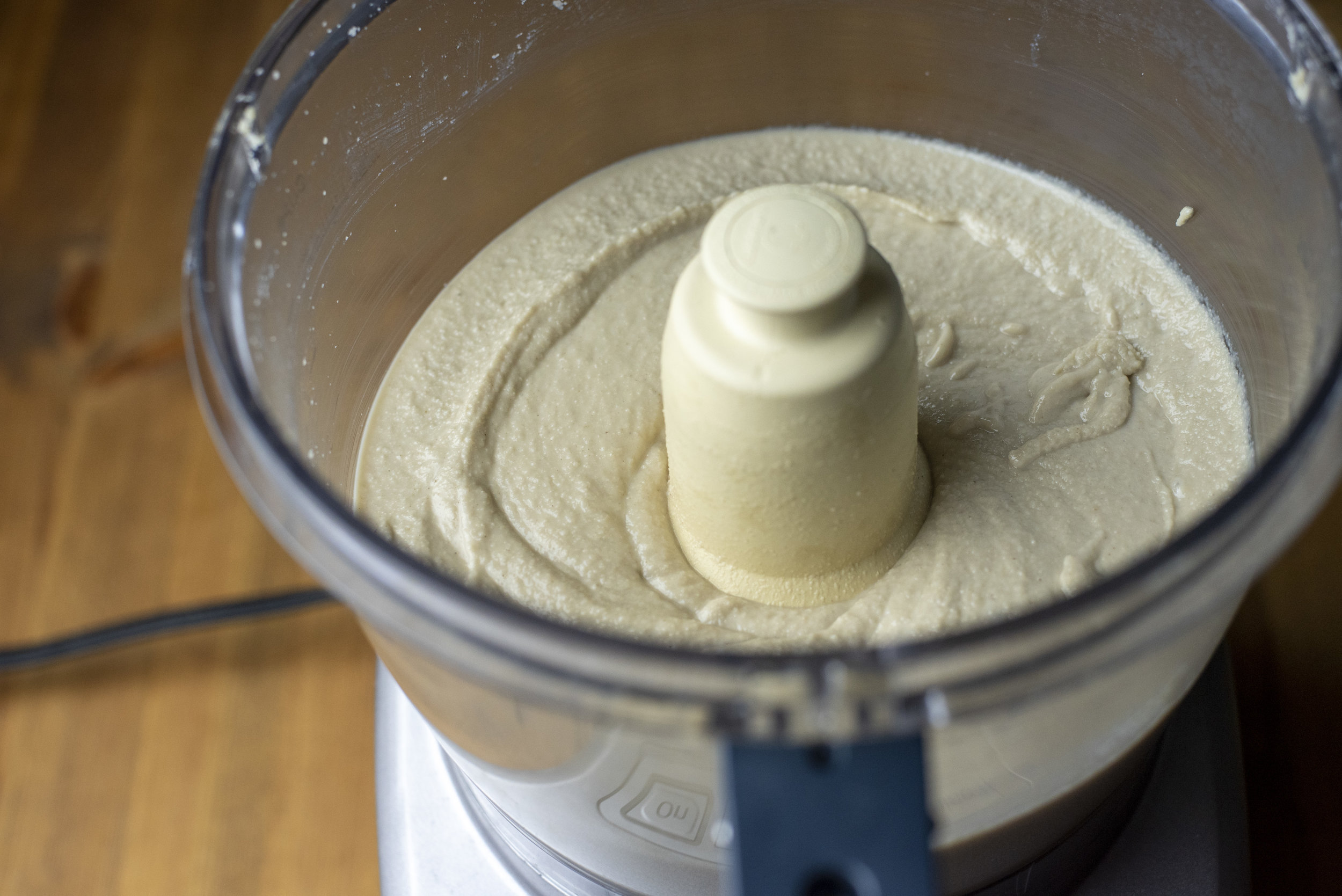 Important note! I don’t know exactly how long this is going to take for you. The last time I did this, the process took around 25 minutes in total. Make sure to feel your food processor from time to time because it’s going to warm up, both from the work you’re going to put the engine through, and also from the heat being generated inside of the bowl (seriously, we took the temperature of the tahini with a meat thermometer last time and it was 165 degrees when all was said and done). It will be necessary for you to give your food processor breaks so it can cool down; this recipe is not worth destroying your motor over.

While I can’t give you a concrete time frame for this process, I can tell you the stages to expect as the seeds transform into your desired final product.

At first, the seeds are going to rattle all over the place as they’re tossed around by the blade and slowly they’ll turn into a single glob that gets whirred around and around. If you see any stray seeds that haven’t joined the glob party, turn off the food processor and get in there with a spatula or a spoon, scraping down the sides of the bowl, then resume blending. If there are stray seeds right now, there will be stray seeds in your tahini.

The glob will gradually start to flatten out as the seeds are cut finer and finer; this is where things get interesting (and hot). The seeds will have been processed so much that the natural oils in them will begin to seep out, which is when everything really starts to look like tahini. The blade will emulsify the oils back into the seed paste, plus the heat from the high amount of work will assist in the oil extraction. Keep blending until the paste looks like it won’t get any smoother (the smoother the better). Giving your food processor breaks at this stage is more important than ever. The bowl is hot, and it warms up the engine much faster than when you started out; you might even see steam coming out of the top of your food processor while doing this. When your tahini looks like really creamy natural peanut butter, remove it from the bowl and store it in an airtight container.