Portland has been plunging pretty regularly into the low thirties recently, and how have Nate and I been dealing with it? We’ve been baking bread (duh), playing The Legend of Zelda: Breath of the Wild (new DLC, baby), and making a lot of soup, including this nifty riff on white bean and kale soup that I threw together recently. It ended up being so good that we made it three times in a week.

White bean and kale soup is something I hear about a lot of people making this time of year, and while I certainly think it’s delicious, it hasn’t always been something I turn to. Whenever I’ve made it, I’ve always been tempted to load the soup with some kind of chorizo or fatty flavor boost, but this time I wanted to take a different approach: I focused on the bean, or beans…

My first alteration? I changed the beans in the recipe to butter beans. Why? Because I love butter beans and I don’t need to justify anything to you people.

My second alteration? I use a secret-flavor-weapon I came up with at the very last second while futzing with this recipe: miso. Miso provides anything you add it to with a little umami boost, and that’s exactly what I wanted for this soup. It doesn’t sidetrack your palate away from the beans like bacon or chorizo might, and it keeps the soup light even though it tastes really rich. Also, if you were to make this soup with veggie broth, it’d be vegan, which is a nice plus. Throw in some protein of choice at the end then serve with some rice or a piece of good crusty bread and you’ve got a complete meal ready in about 45 minutes. 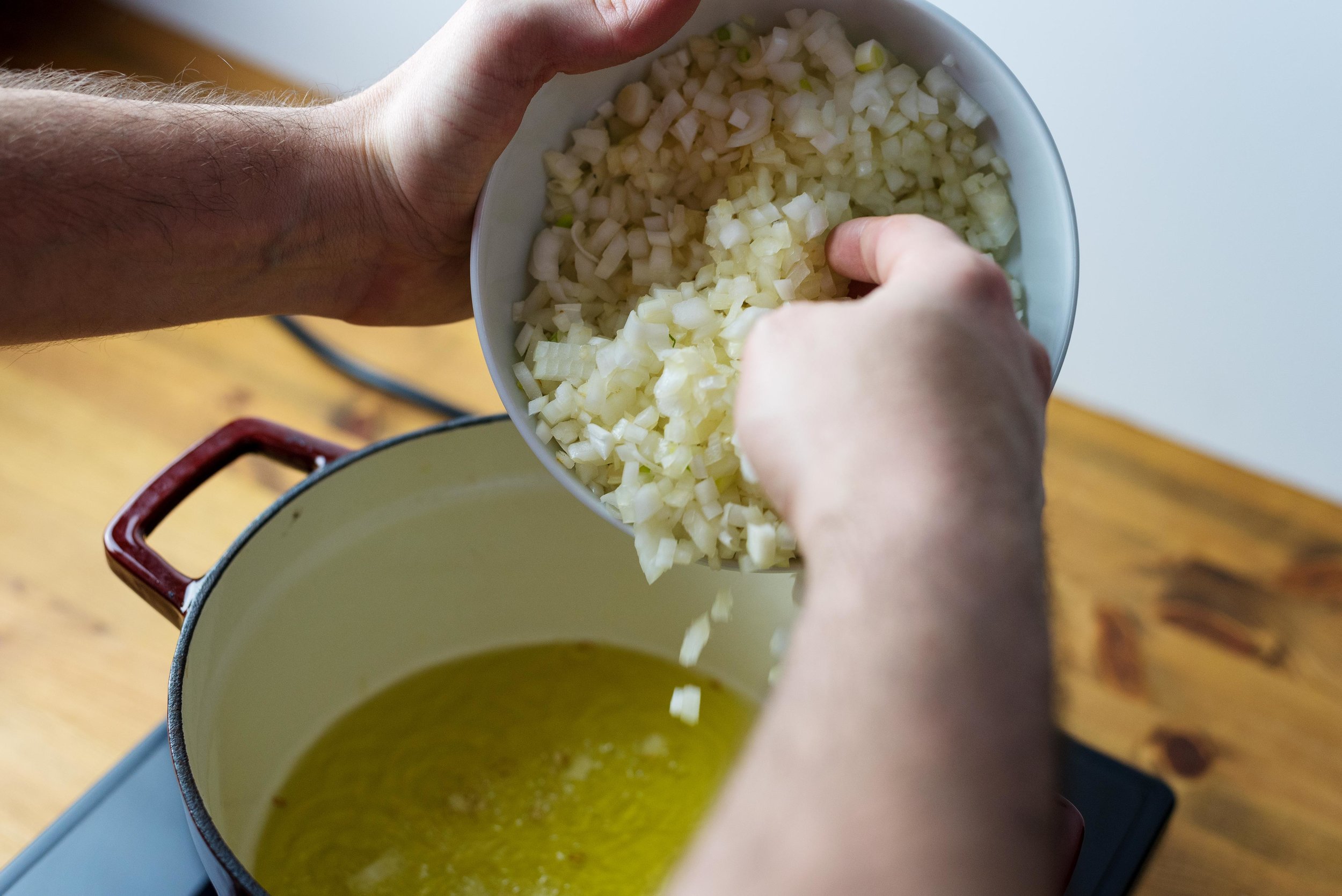 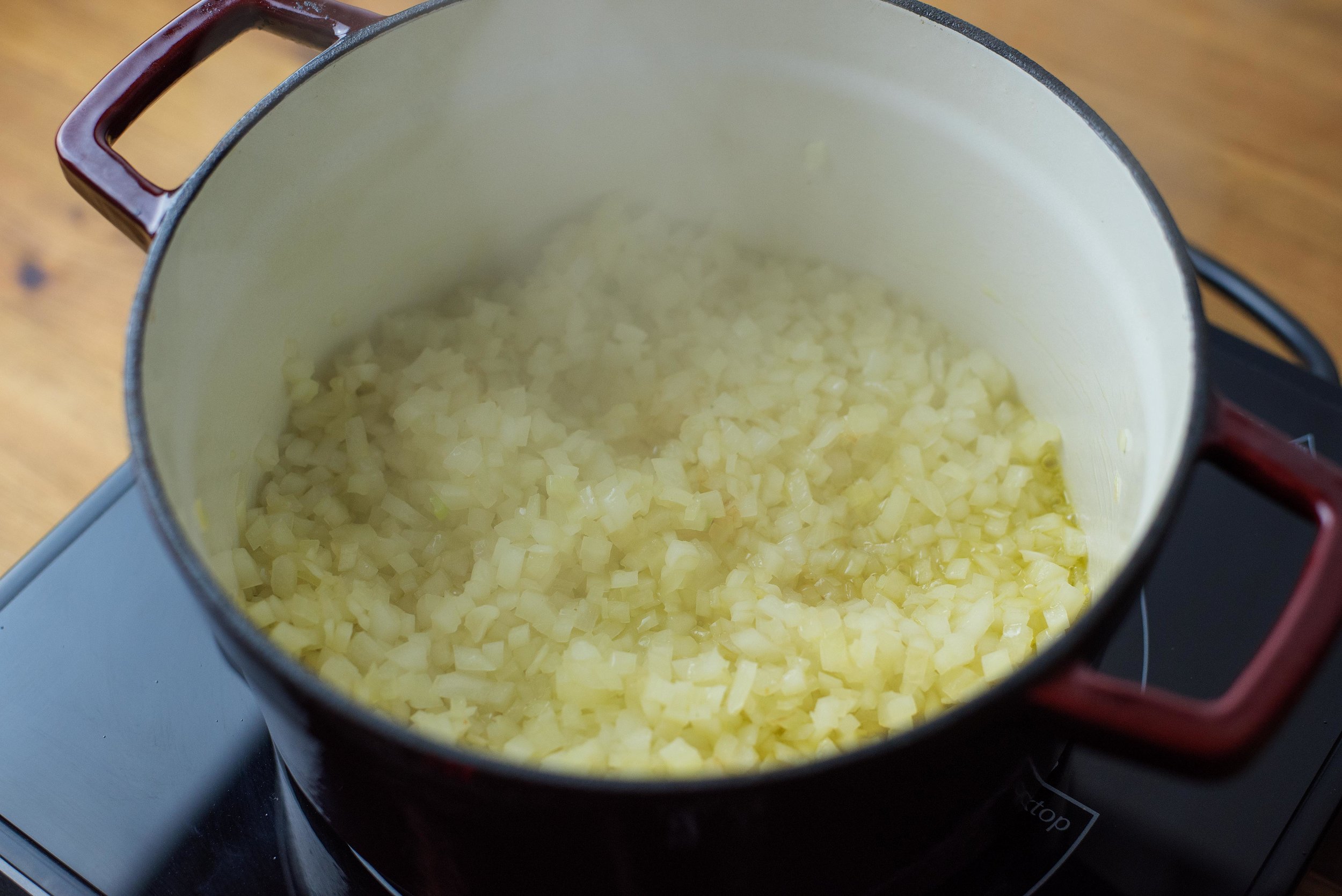 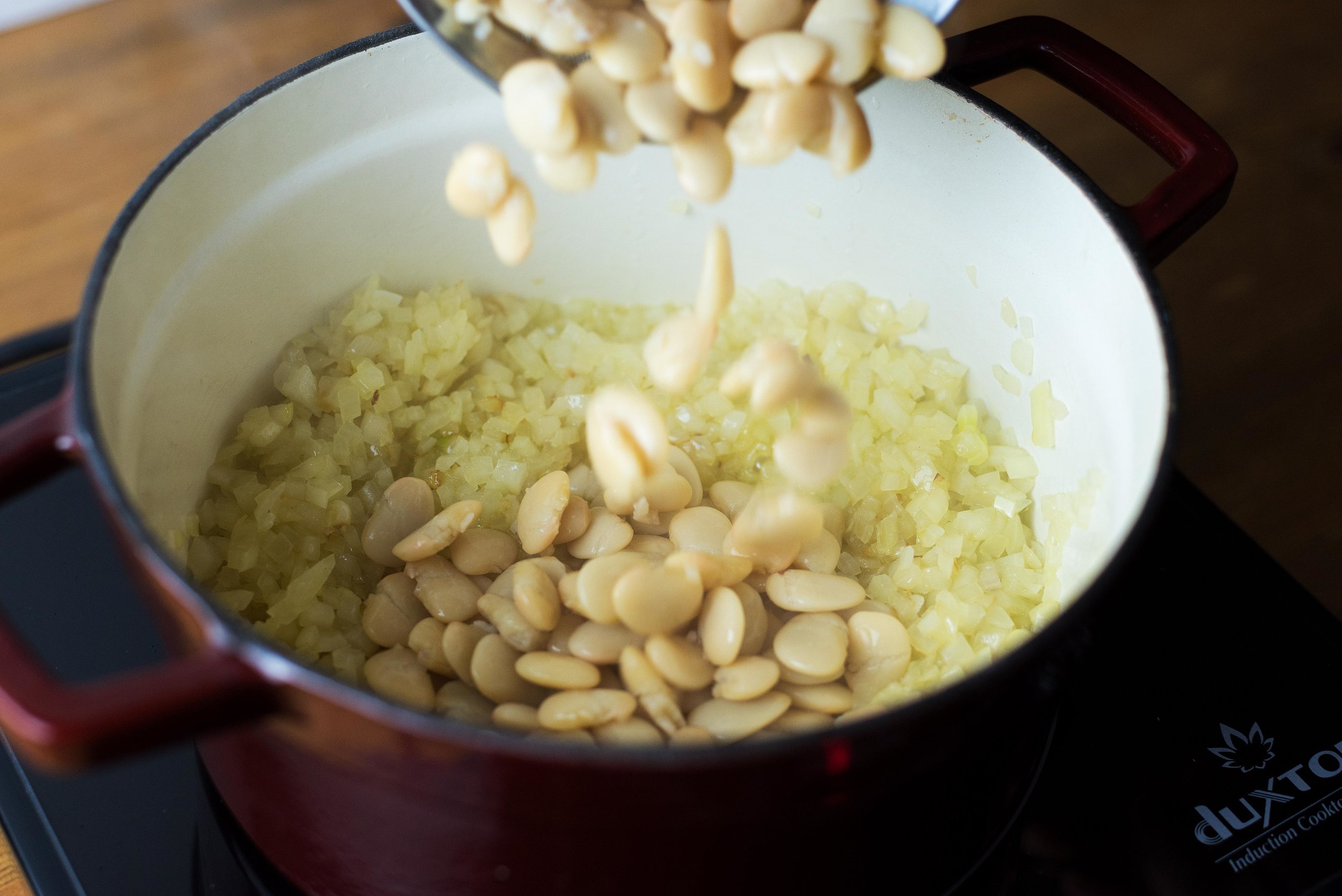 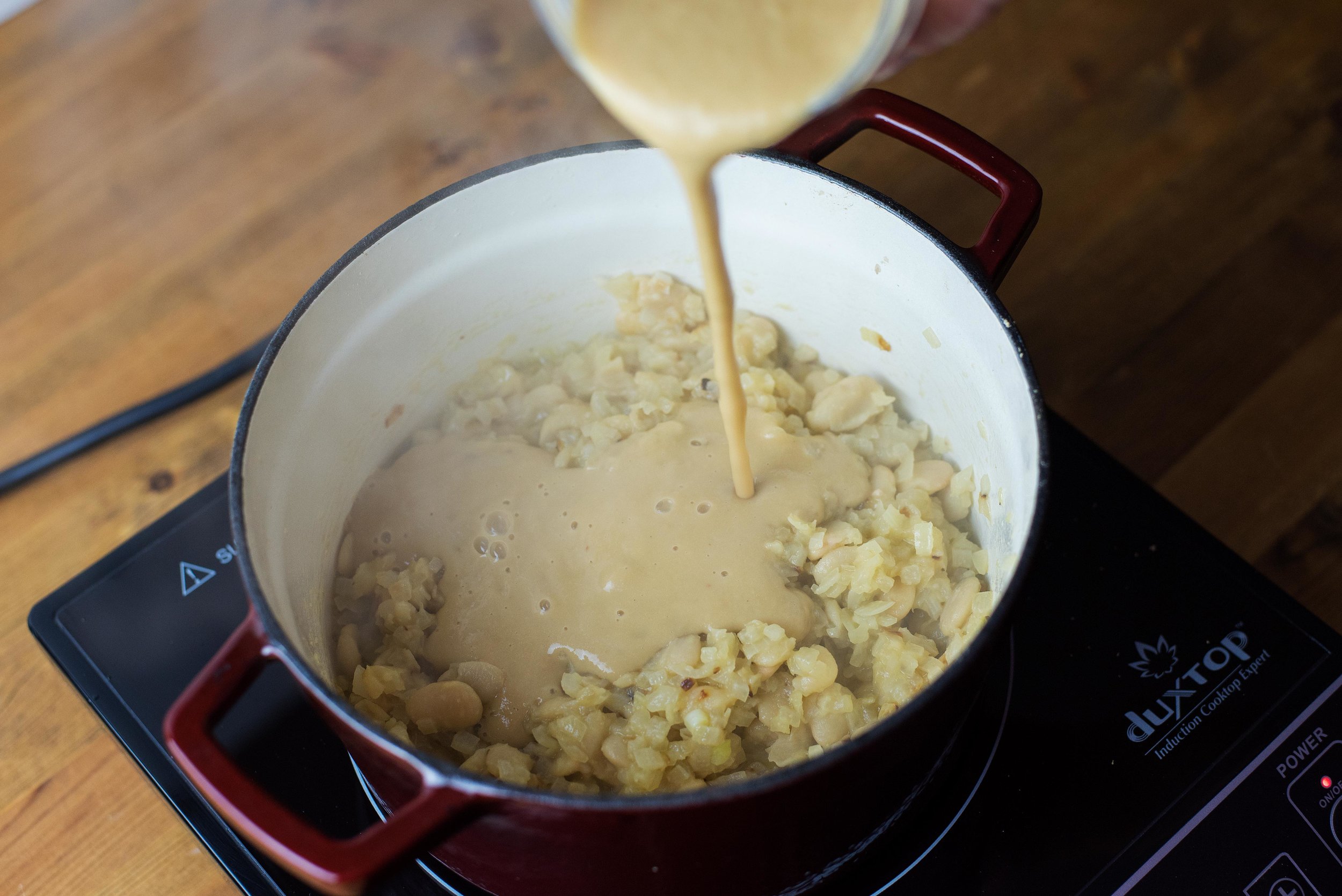 Bring a soup pot to medium heat, then add olive oil and onions. Cook the onions until translucent, then add half of the washed butter beans, stirring occasionally to avoid any sticking to the bottom of the pan. While the onions and beans are cooking, put the other half of the washed butter beans into a blender with some water (not more than one cup of water, unless you want to wait a long time for your soup to reduce) and blend until smooth.

Add the puréed beans to your soup pot along with the bay leaves and the broth. Bring the soup to simmer and let it do its thing without a lid for about half an hour, allowing it to reduce. 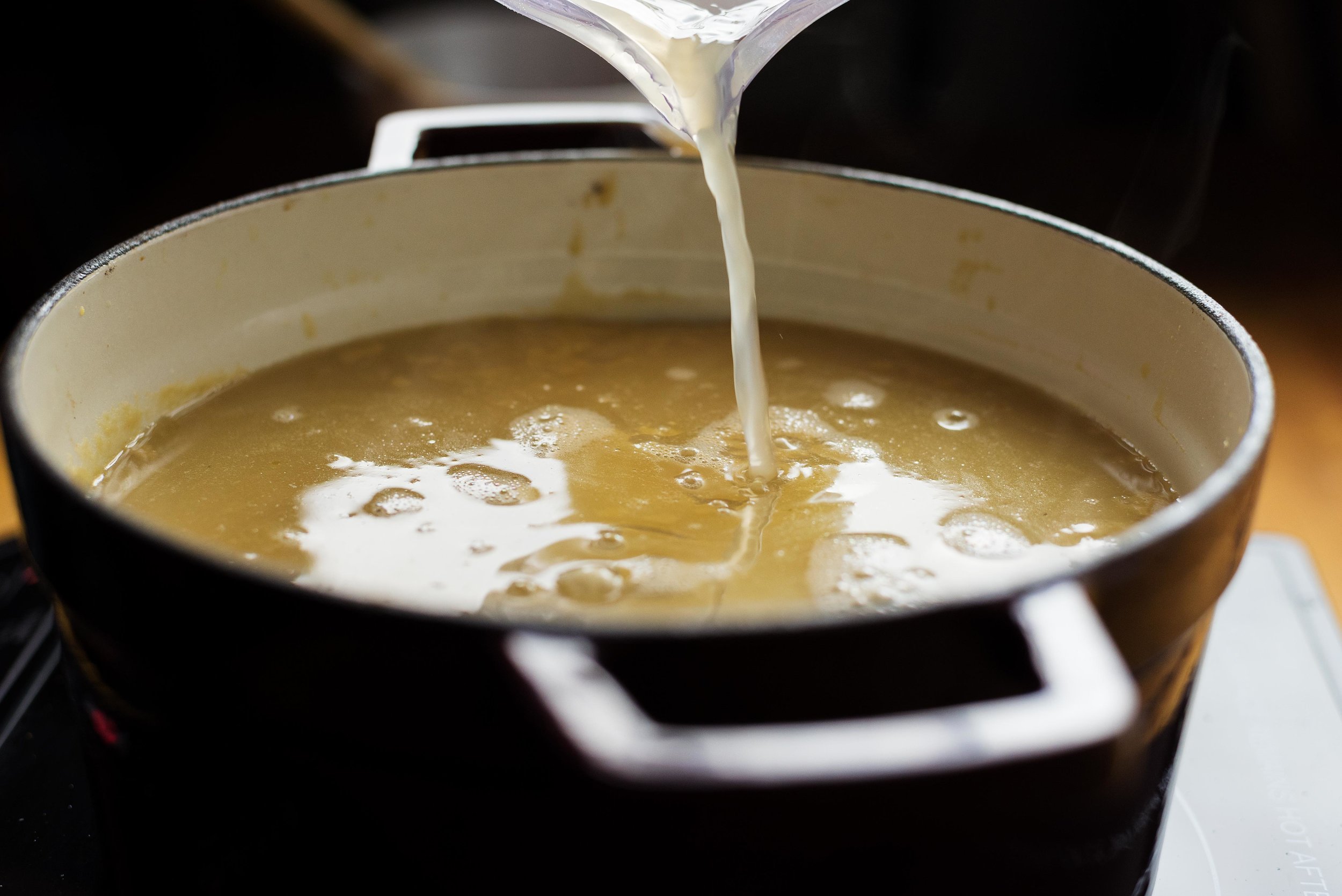 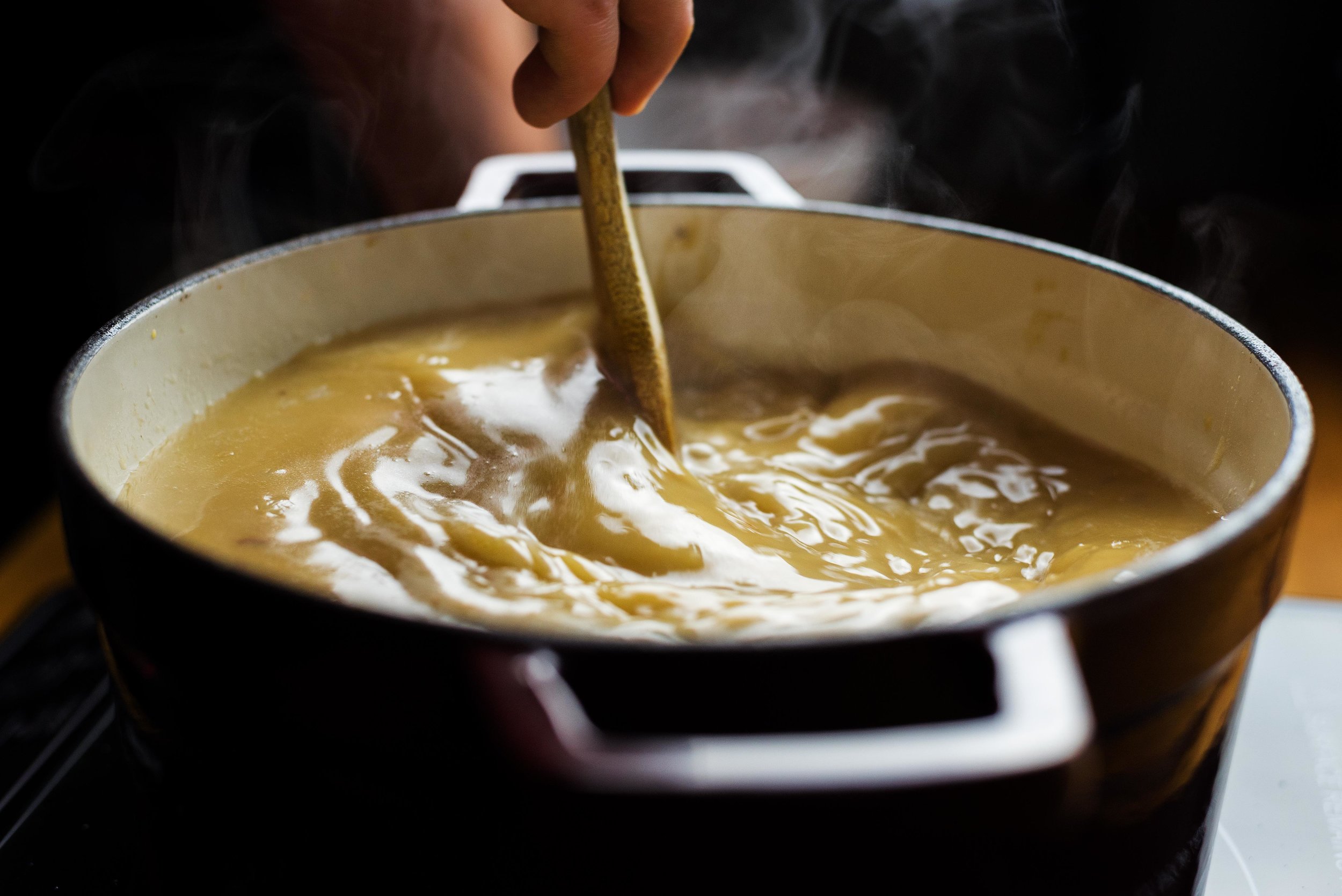 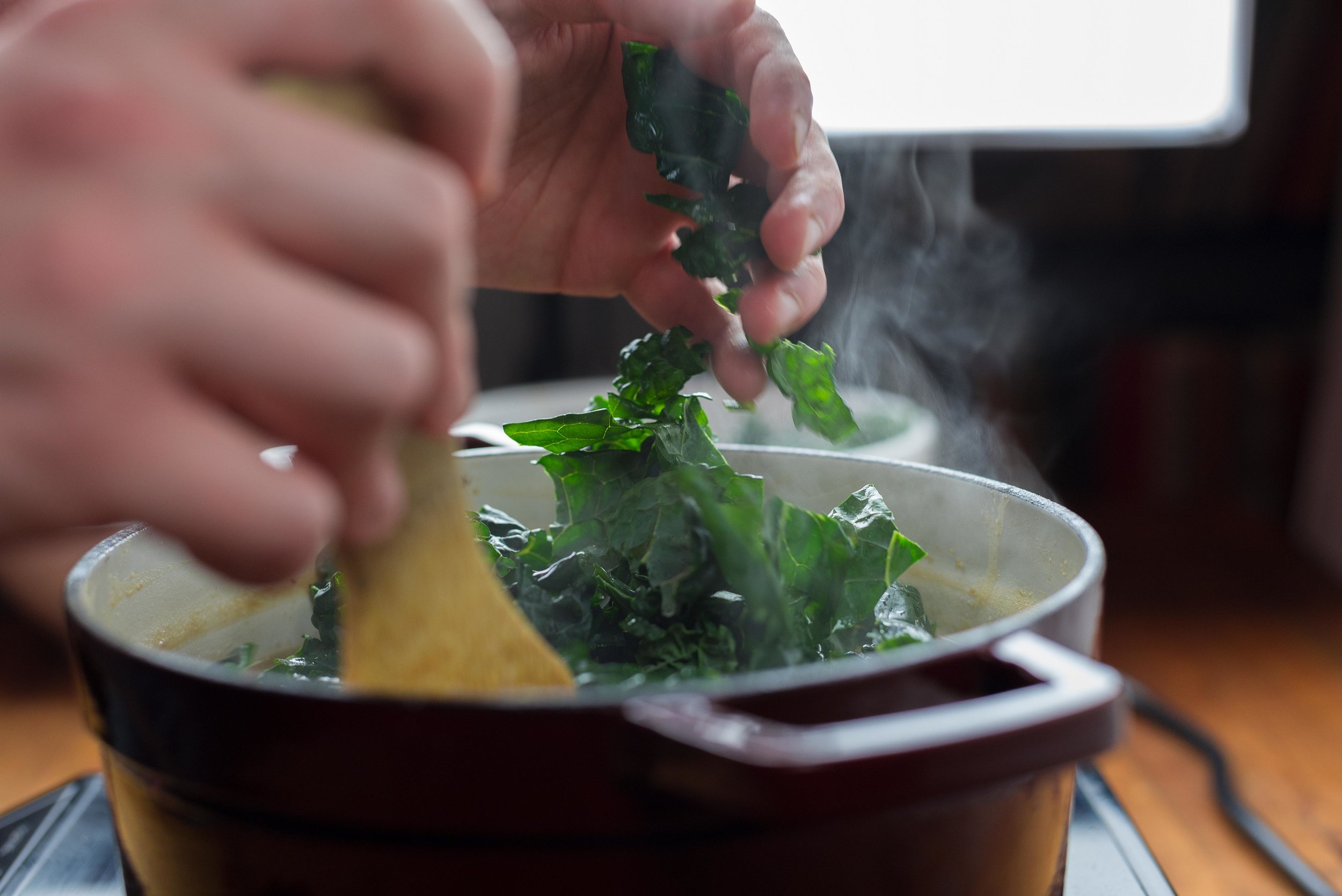 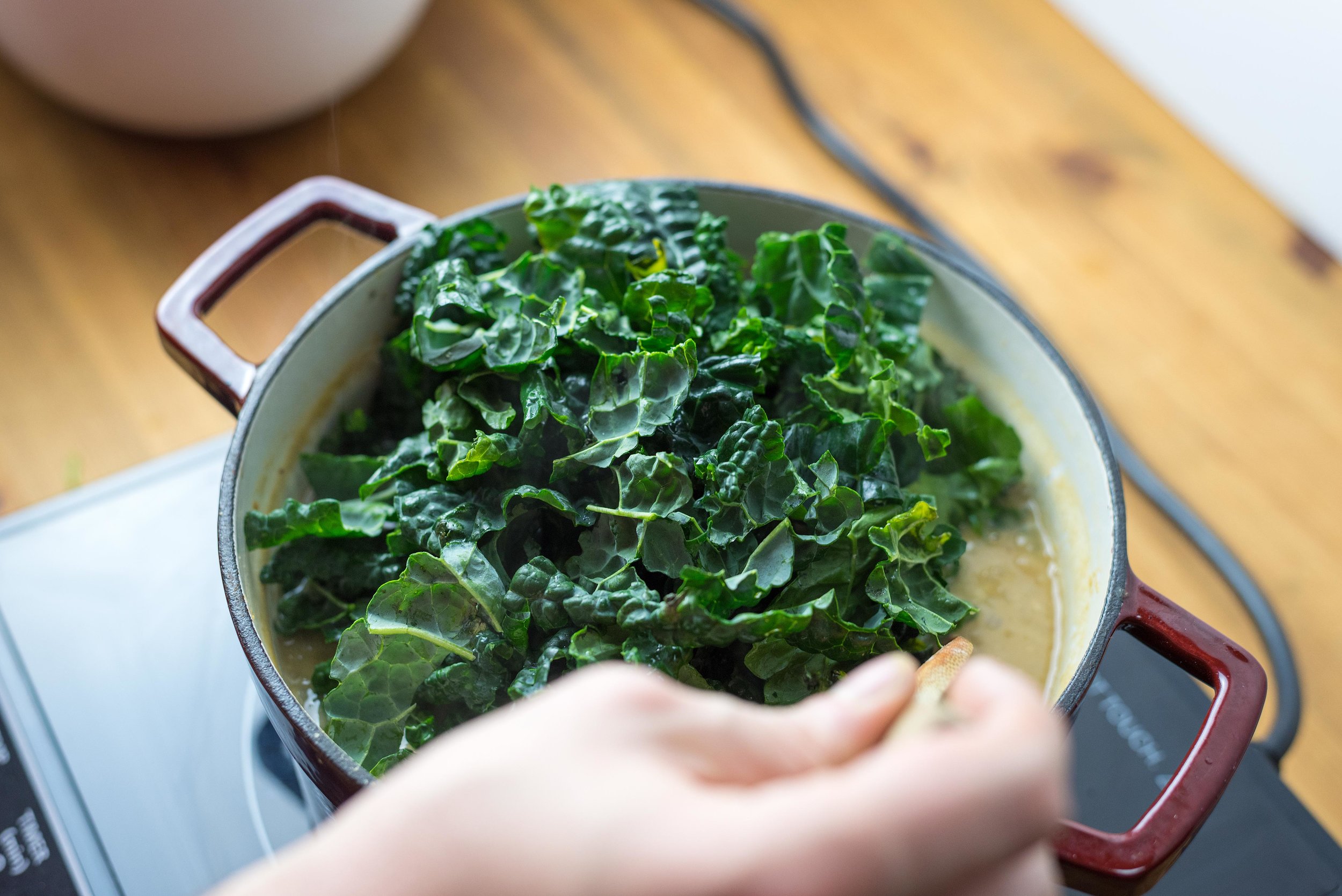 Once the soup has achieved your desired thickness, remove it from the heat and add the kale and garlic, then stir. Place the miso in a small cup or ladle and incorporate it into a small amount of the soup broth so that you avoid lumps, then add it to the rest of the soup. Add salt to taste and serve in bowls (like you have a choice).

I recommend garnishing the soup with some chopped parsley, as well as some freshly cracked black pepper, smoked paprika, or chili flakes (or all of them, if you’re a total garnish floozie).