Pasta alla carbonara is one of the easiest in the pasta canon, complete with echoes of the all-American breakfast: bacon and eggs. It is a great dish that finds a great compromise between rich flavors and inexpensive ingredients. It’s pasta tossed with whipped eggs, cheese, crisp bacon, and its rendered fat. When you combine the hot noodles and eggs, it cooks the eggs just enough to create a creamy sauce that bonds the bacon fat and melted cheese. Essentially what you’re making is a cheesy, bacon-flavored custard.

Want richness without meat? Replace the bacon with a cup of sliced raw mushrooms and add a smidgeon of olive oil and it’ll produce the same texture with a woodsy depth.

Roll out pasta dough on a floured surface until thin enough for your liking. Cover dough with a light dusting of flour, fold dough in half, and cut into strips. Don’t worry about making them the same size! 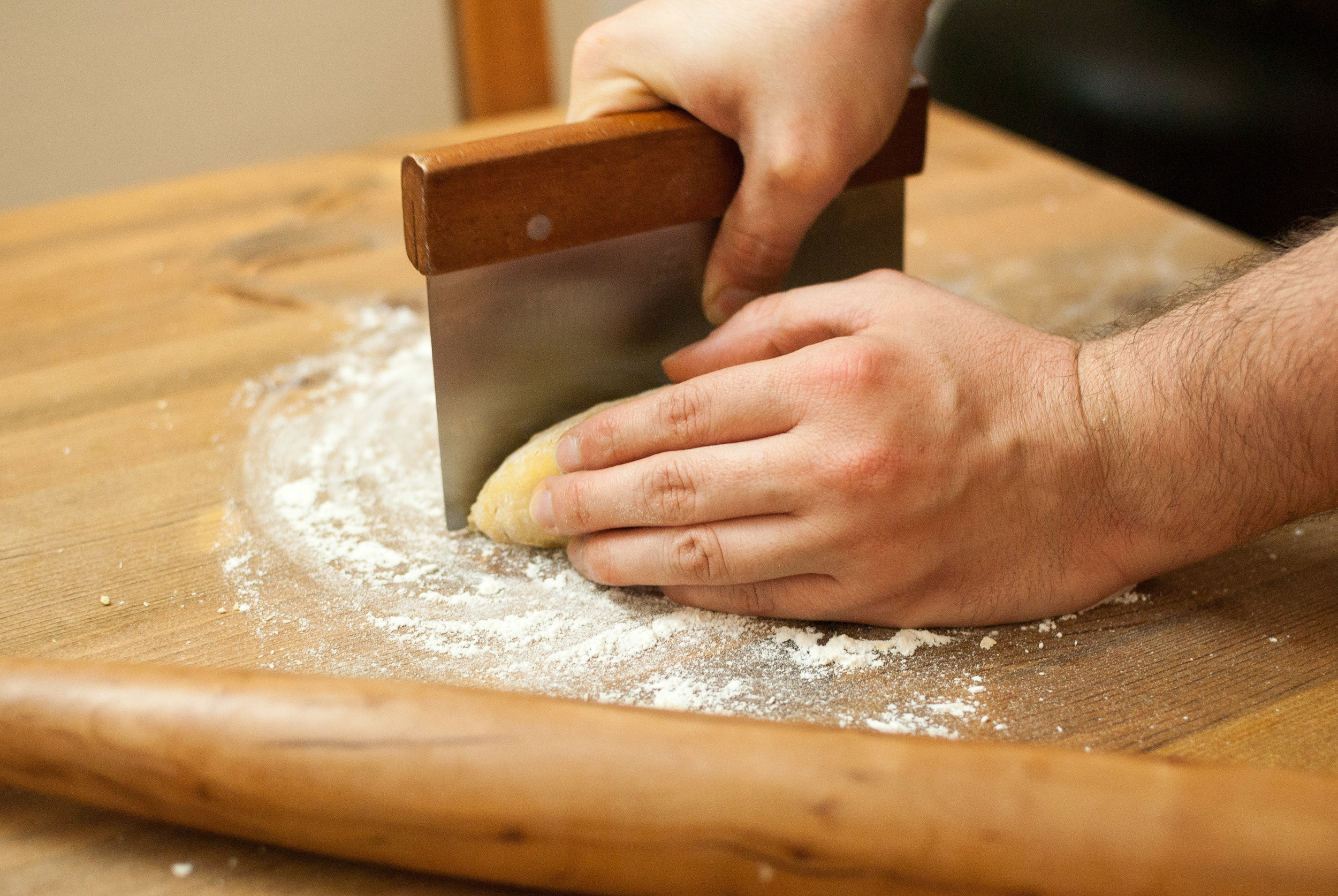 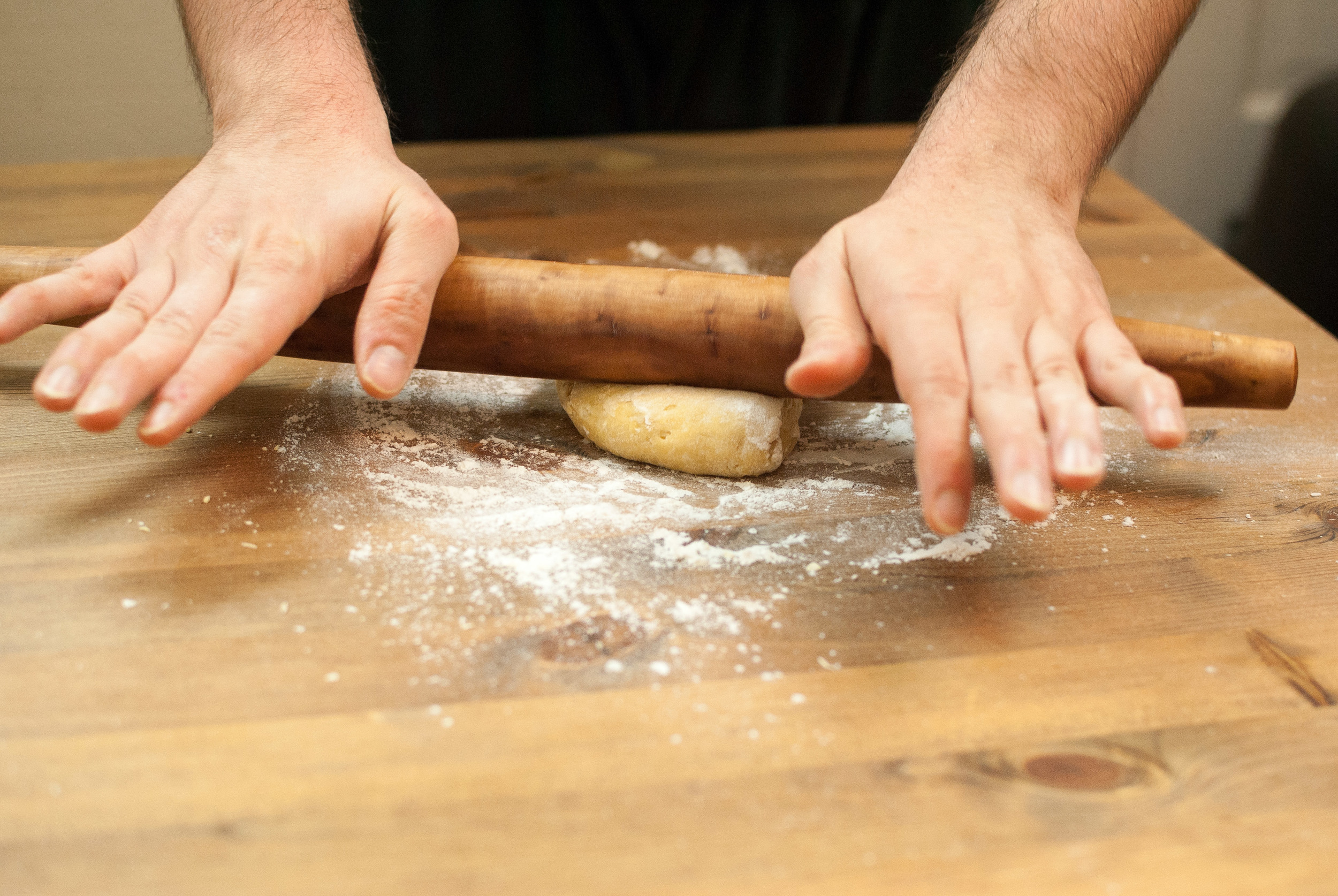 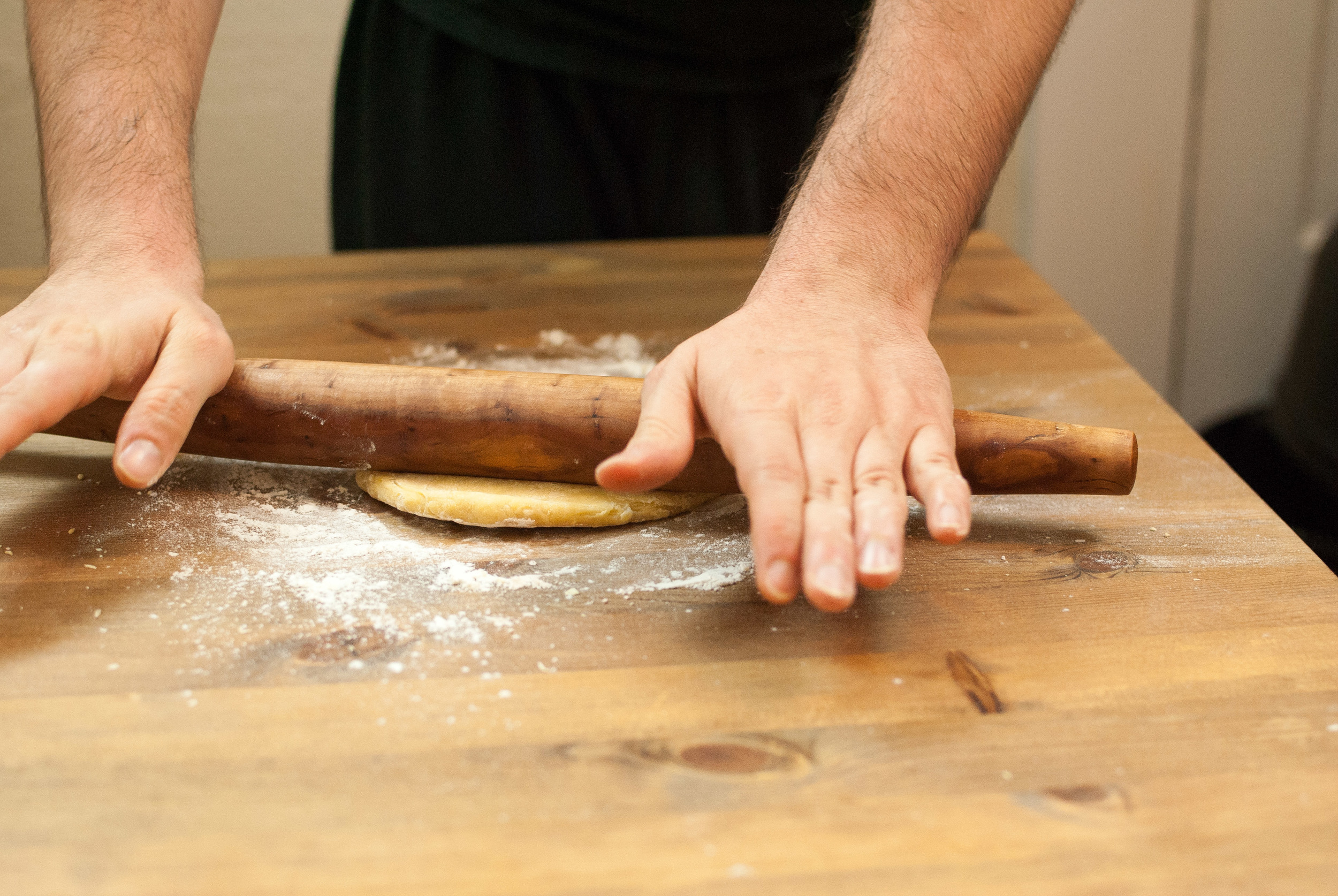 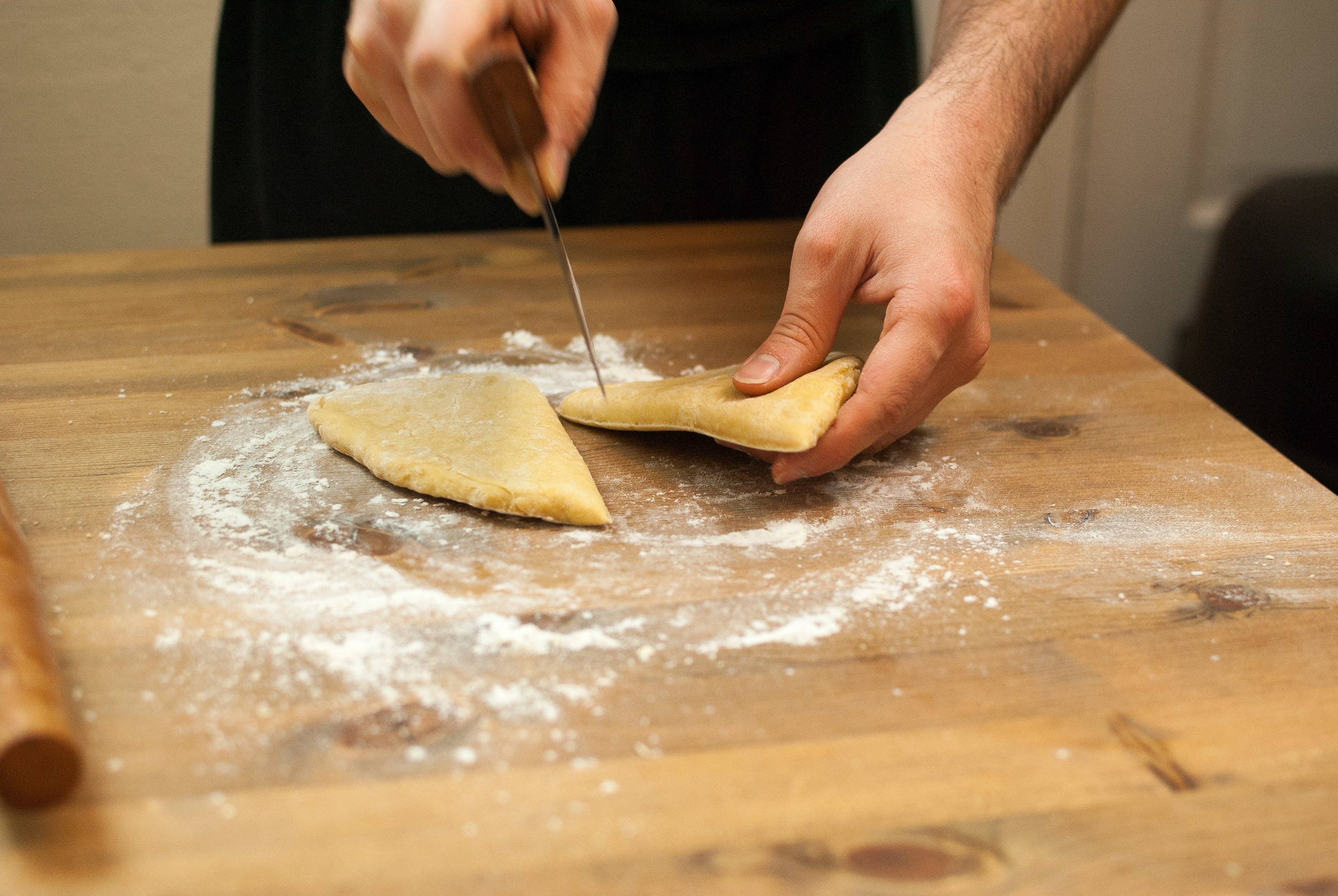 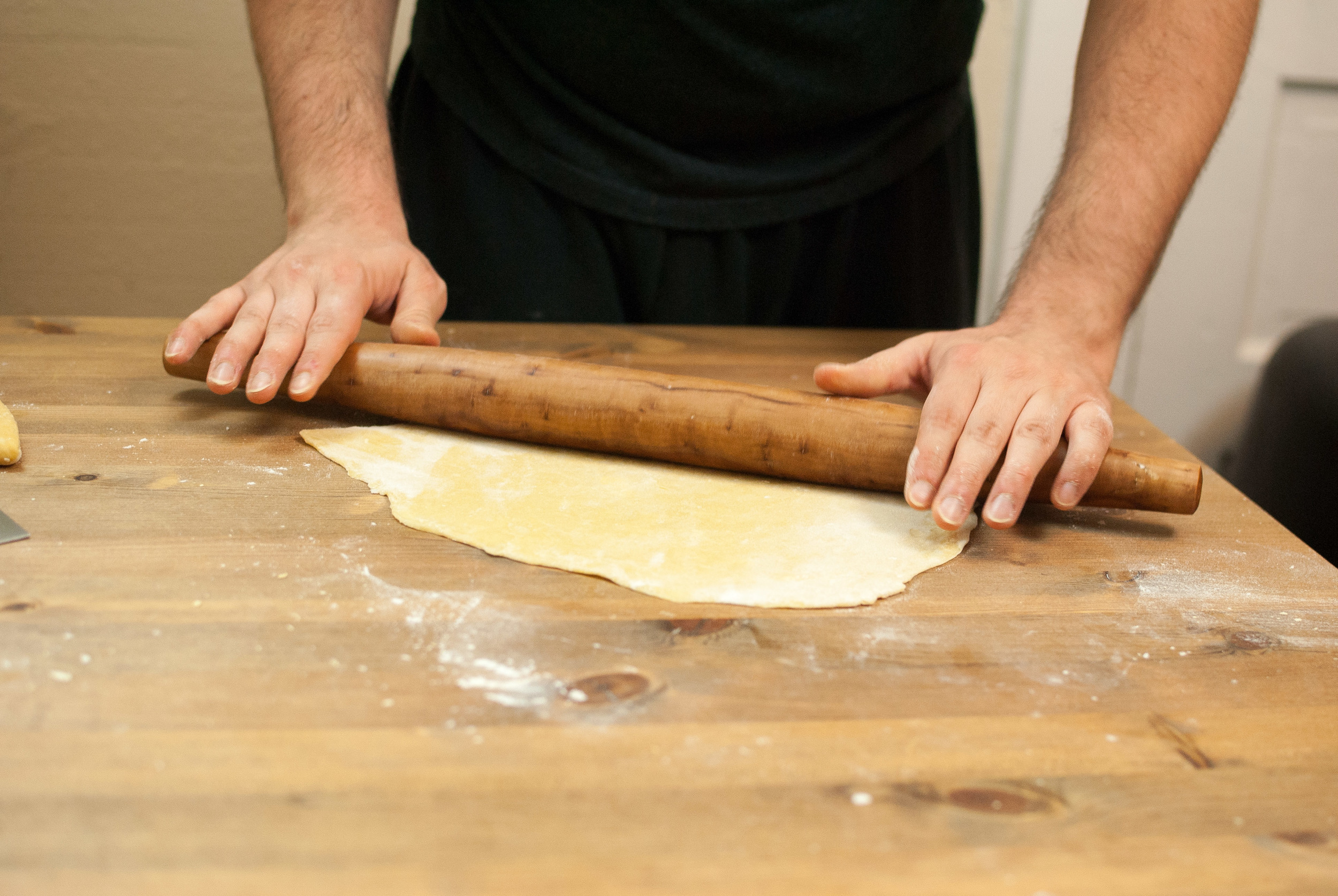 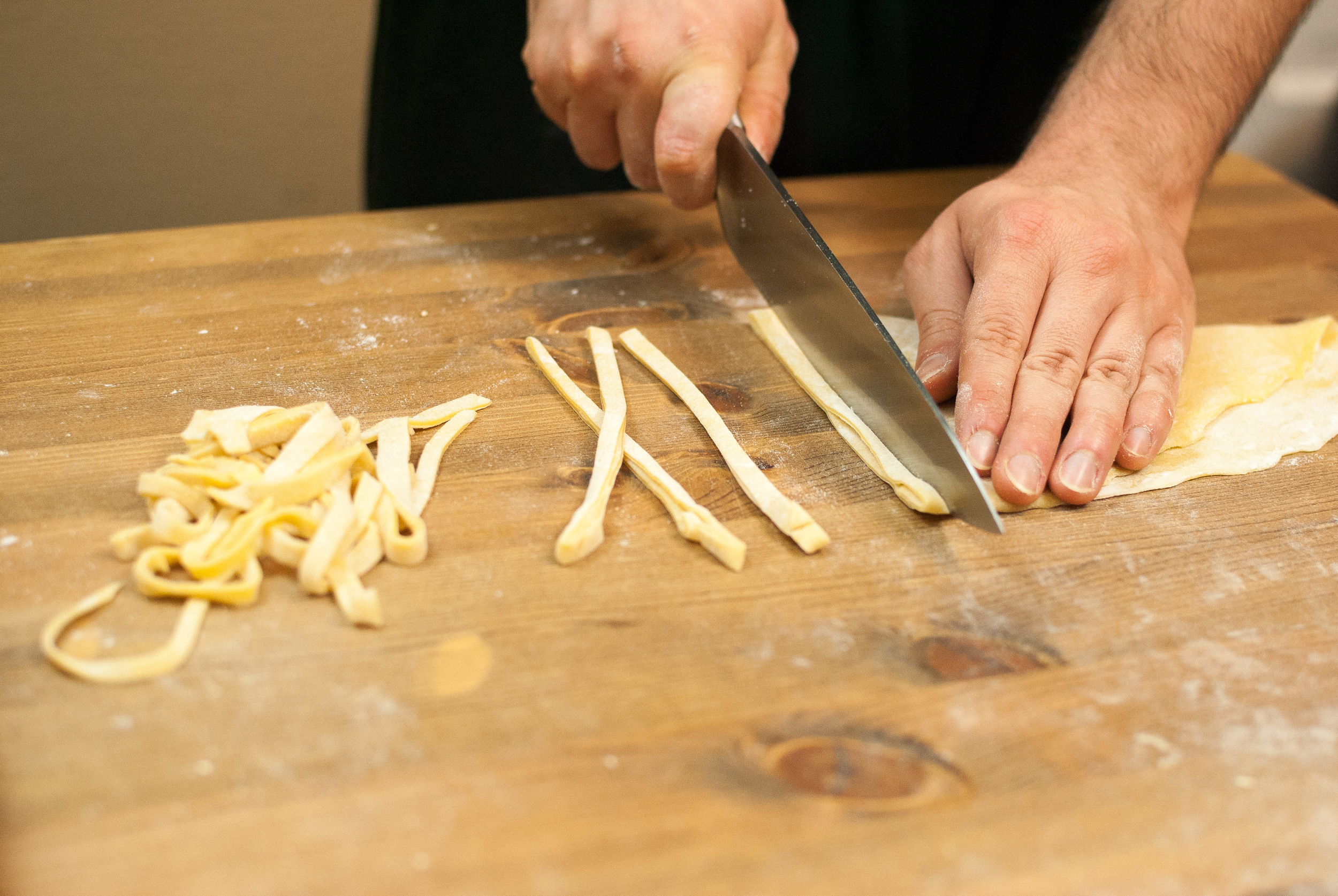 In a big skillet, fry the bacon until crisp and the fat is rendered; then remove from heat. Keep everything in the skillet. Set aside.

In a small bowl, beat the eggs lightly until the yolk is mixed with the whites. Then add the cheese, parsley, salt, and pepper. Mix thoroughly. Set aside.

Boil noodles for 1½–2 minutes (this depends on how thick you make them), until the noodles start to float. The next step must be done as fast as you can, so make sure you have your eggs ready. Strain pasta quickly in a colander and put in the skillet with the bacon and rendered fat. Immediately pour the eggs into the skillet with the noodles and stir them gently, constantly until the heat from the noodles begins to cook the eggs. Serve immediately garnished with parmesan cheese, parsley, and red pepper flakes.